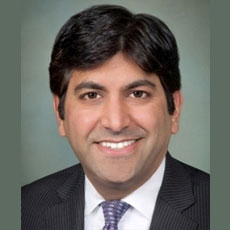 Aneesh Chopra is the former (and first) U.S. Chief Technology Officer. As an Assistant to the President, he designed the National Wireless Initiative, helped launch Startup America, and executed an “open innovation” strategy across the government built on private sector collaboration – opening up data, convening on standards and staffing “lean government startups.” He is the author of the book, “Innovative State: How New Technologies can Transform Government,” focused on how we can tap entrepreneurial problem solvers to address challenges in health, energy and education markets among other public and regulated sectors.

Chopra is currently the co-founder and executive vice president of Hunch Analytics, a technology firm focused on improving the productivity of public and regulated sectors of the economy through data analytics. He serves as a Member of the Council on Virginia’s市 Future and is an inaugural Walter Shorenstein Media and Democracy Fellow at Harvard市 Kennedy School of Government. In 2011, Chopra was named to Modern Healthcare’s list of the 100 Most Influential People in Healthcare and in 2008, to Government Technology magazine’s Top 25 in their Doers, Dreamers, and Drivers issue. Chopra earned his master’s degree in public policy from Harvard University in 1997 and his bachelor’s degree from The Johns Hopkins University in 1994.