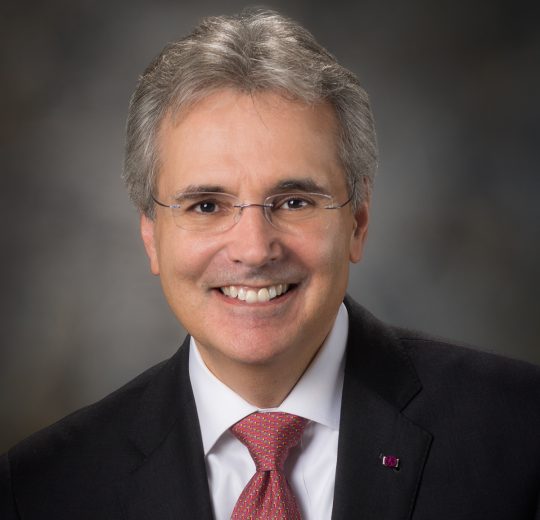 Ronald A. DePinho, M.D., was President of The University of Texas MD Anderson Cancer Center in Houston. His research program has focused on the molecular underpinnings of cancer, aging and degenerative disorders and the translation of such knowledge into clinical advances. Dr. DePinho’s independent scientific career began at the Albert Einstein College of Medicine, where he was the Feinberg Senior Faculty Scholar in Cancer Research. He then joined the Department of Medical Oncology at the Dana-Farber Cancer Institute and the Department of Medicine and Genetics at the Harvard Medical School. He was the founding Director of the Belfer Institute for Applied Cancer Science at the Dana-Farber Cancer Institute and a Professor of Medicine and Genetics at Harvard Medical School. Dr. DePinho has held numerous board positions and received many honors and awards. He was inducted as a fellow of the American Association of the Advancement of Science in 2014 and the American Association of Cancer Research Class of 2015. Dr. DePinho is a founder of several biopharmaceutical companies focused on cancer therapies and diagnostics.