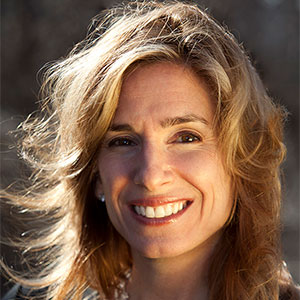 Co-Founder, Chair of the Board, Eliza Corporation

Alexandra is the co-founder and Chairman of the Board of Eliza Corporation, and co-founder of Engage with Grace and Seduce Health. She is obsessed with using technology to help people of all walks of life be happier, healthier, and more productive. She believes the definition of health should be broadened to include life factors (because when life goes wrong, health goes wrong), that people have enormous capacity and the best intentions, and that the single biggest missing, and most important, ingredient in health care is empathy.

Alexandra has founded four companies (all boot-strapped), is in the process of starting her fifth, and takes an active role with the non-profits she feels are doing their best to change the world, including two she co-founded. She sits on the Board of Advisors of TEDMED, the Harvard Executive Sleep Council, and is Vice Chair of the Board of Trustees for Beth Israel Deaconess Medical Center, a Harvard Teaching Hospital, in Boston, MA. She is a member of the Board of Directors for the Massachusetts Technology Collaborative, the Board of Directors of the Coalition to Transform Advanced Care (C-TAC) and the Health Executive Leadership Network. Alex was named one of Disruptive Women in Health Care市 Women to Watch in 2014, and one of Boston Globe市 2013 Top 100 Women Leaders. She appears on Boston Business Journal市 柱40 Under 40 and Healthspottr Future Health 100 lists, as well as an inventor on multiple patents. She has few hobbies outside of her passion for revolutionizing health care, and her love of family and adventure.