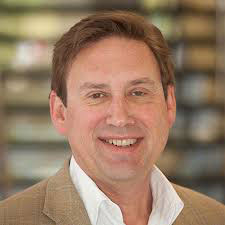 Dr. Perkins is a visionary physician, scientist, and executive who is responsible for leading all clinical and therapeutic operations at the HLI. This includes collecting and utilizing phenotype data, development of the consumer clinics business, and guiding stem cell therapeutics.

Dr. Perkins began his career at the Centers for Disease Control and Prevention (CDC) in 1989 after completing his residency training and chief residency in internal medicine at Baylor College of Medicine. At the CDC he led some of the most important and high profile programs and published more than 120 peer-reviewed publications and book chapters.

He first joined and then led the Meningitis and Special Pathogens Branch where he investigated global bacterial disease epidemics. He co-discovered the bacteria which causes Cat Scratch Diseases and conducted translational research leading to development of several new bacterial meningitis and pneumonia vaccines. In 2001 Dr. Perkins led the investigations into the anthrax attacks in the United States, the largest and highest profile investigation ever conducted by CDC. In 2005 he was appointed CDC’s Chief Strategy and Innovation Officer, a position in which he managed a $11.2 billion budget, and 15,000 employees with offices in more than 50 countries. Working closely with the CDC Director, he built a $2 billion state-of-the-art emergency response capability and positioned the improvement of population health as a focus of the healthcare reform movement within the White House administration at that time.

Dr. Perkins is a member of the RAND Health Board, and he is the chairman of the advisory board for Esther Dyson’s nonprofit, HICCup, sponsor of the “”Way to Wellville” community health competition. He received his BA in Microbiology and his MD from the University of Missouri-Columbia, and an MBA from Emory University. He is Board Certified in Internal Medicine.