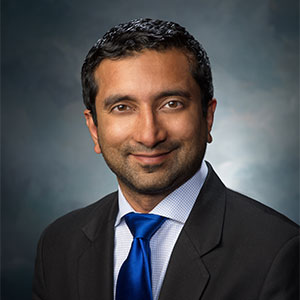 Dr. Bhatt is the Chief Health Officer at the Illinois Hospital Association. He most recently served as Managing Deputy Commissioner and first Chief Innovation Officer for the Chicago Department of Public Health (CDPH). His vision is to bring the health department together with health systems, community-based organizations, and the private sector to advance population health using big data, cross sector collaborations, predictive analytics, and upstream solutions.

Dr. Jay Bhatt is a National Health Service Corps Scholar and a Geriatrician from University of Michigan. He completed an internal medicine residency at Cambridge Health Alliance, a teaching affiliate of Harvard Medical School where he was a clinical fellow. In 2012 Dr. Bhatt was a Senior Fellow with NEHI, a health policy Institute in Cambridge, MA focusing on health IT and strengthening primary care. During 2005-2006, he was a Legislative Fellow for Congresswoman Donna Christensen.
In addition to his work at the Illinois Hospital Association, Dr. Bhatt sees patients at Erie Family Health Center and teaches residents. He was honored with the 2013-2014 Erie Internal Medicine Preceptor of the Year Award. He also teaches medical students and residents at Northwestern Feinberg School of Medicine and University of Michigan Medical School.

Dr. Bhatt graduated from the University of Chicago in 1999 with a degree in Economics. In 2008, Dr. Bhatt received both his medical degree from the PCOM, and his Master in Public Health degree from the University of Illinois at Chicago School of Public Health. In 2012 he received his Master市 in Public Administration from the Harvard Kennedy School of Government as a Zuckerman Leadership Fellow and as a Mongan Commonwealth Fund/Harvard University Fellow in Minority Health Policy.