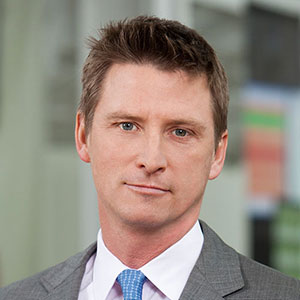 Jonathan Bush is CEO and President of athenahealth, Inc. He co-founded the company in 1997 and took it public in 2007 in the most successful initial public offering that year. Today, athenahealth remains one of the health care information technology industry’s fastest growing companies. In his New York Times best-selling book, Where Does it Hurt?: An Entrepreneur’s Guide to Fixing Health Care, Bush describes his early experiences on health care’s frontlines and exposes the industry’s sprawling waste, as well as the underbelly of opportunity primed for disruptive innovation .

Previously, Bush served as an EMT for the City of New Orleans, was trained as a medic in the U.S. Army, and worked as a management consultant in the health care practice of Booz Allen & Hamilton. He obtained a Bachelor of Arts in the College of Social Studies from Wesleyan University and an M.B.A. from Harvard Business School. Bush currently serves on the Harvard Medical School Board of Fellows.