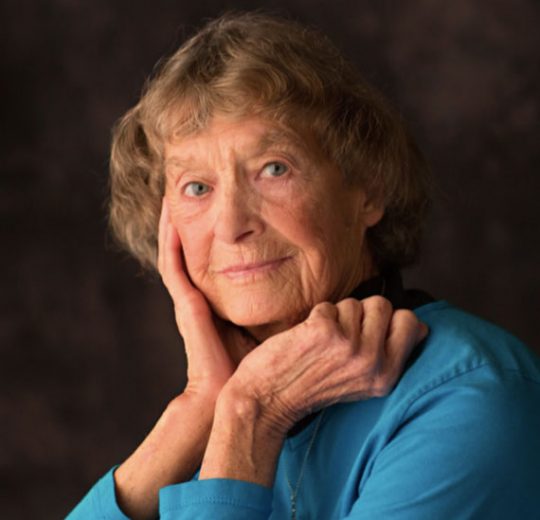 Sister Madonna Buder, S.F.C.C, also known as the Iron Nun, is a Catholic religious sister and Senior World Class Holding triathlete. She has the current world record for the oldest female to ever finish an Ironman Triathlon, which she obtained at age 82 and just finished the ITU (International Triathlon Union) World Championship as the oldest competitor.

A graduate of Arizona State University, she received her Bachelor’s degree in English and Master’s degrees in Education and Counseling. She is an accomplished equestrian champion, photographer and actress who entered the convent at age 23. In 1986 she transferred to The Sisters for Christian Community, which gave her freedom and the responsibility to choose her own ministry and lifestyle.
Sister Buder has competed in over 370 triathlon races around the world, finished 45 full “Ironman” triathlons, is an Ironman World Champion and World Record holder and was inducted into USA Triathlon Hall of Fame in 2014. Her passion for running has also has helped raise thousands of dollars for charity.

In 2010, she wrote and published her autobiography: “The Grace to Race: The Wisdom and Inspiration of the 80-year-old World Champion Triathlete known as the Iron Nun”